In 2018, the movie “Ready Player One” was released. The Oasis game in the play showed us a game with the metaverse concept. People can do almost anything in the game. The game content is diversified and immersive—the craze for VR and AR. In April 2020, Travis Scott held an online virtual concert in the game “Fortress Night,” and more than 12 million people were attracted and participated. This month, the number of mobile game installations of “Fortress Night” increased by 6 million, attracting gold Up to $44 million. In March 2021, GreenPark Sports struck a deal with the NBA and secured $14 million in financing to create a virtual space for fans to watch NBA games together. Around September 2021, ByteDance invested 9 billion yuan in acquiring Pico, a VR company, to layout the Metaverse. Before this, companies such as Facebook, Nvidia, Microsoft, Epic Games, Tencent, NetEase, etc., have also joined the concept layout of the Metaverse in various ways. With the constant maturity of VR, AR, blockchain, artificial intelligence, and other technologies, the Metaverse The discussion of concepts has become hotter and hotter, and major companies have gradually begun to exert their efforts. The Metaverse is coming, but many people still do not know what the Metaverse is? What elements does it include? What does it have to do with blockchain technology? Then we will explore the concept of the Metaverse together.

The term “metaverse” consists of the prefix “meta” (meaning transcendence) and the stem “verse” (derived from “universe” through reverse word formation); the term is often used to describe future iterations of the Internet concept, consisting of persistent, shared 3D virtual spaces connected to a visible virtual universe. The Metaverse, in a broad sense, refers to the virtual world and the entire Internet, including the whole spectrum of augmented reality.

The origin of the Metaverse

Metaverse-like concepts have long appeared in the cyberpunk genre under various names, dating back to the 1981 novella Real Name. The term was coined in Neil Stephenson’s 1992 science fiction novel Avalanche, in which humans act as avatars, interacting with each other and software clients in a three-dimensional virtual space simulated using the real world. Stephenson uses the term to describe a virtual reality-based successor to the Internet. In the afterword to Avalanche, Stephenson said that after finishing the novel, he learned about Habitat, a Metaverse-like MMORPG.

Metaverse is a vast concept. It is a parallel digital world; it can be composed of a series of technologies such as software, hardware, Internet, mobile network, Internet of Things, artificial intelligence, VR, AR, MR, intelligent wearable devices, IPFS, blockchain, etc. Through the organic combination of these technologies and some technologies that will appear in the future, they constitute a Metaverse, which is not a real universe. It exists on the Internet, enhancing the existing ecology and possibly creating a whole new one. 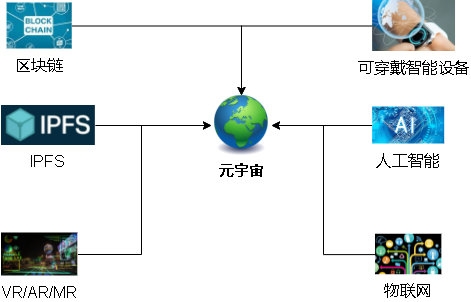 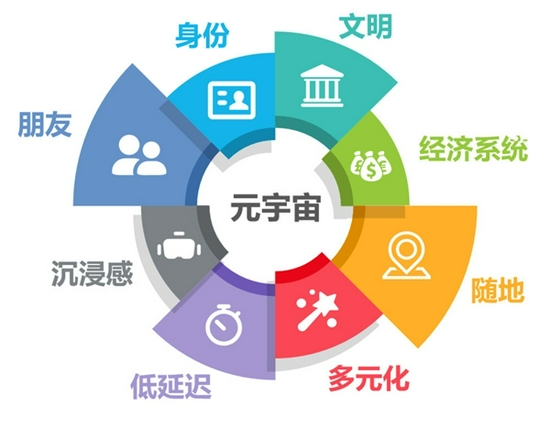 Identity: can acquire a virtual identity Friends: can be socially immersed: can process data from vision and other perceptions in the same way as in the natural environment. Low latency: any event in the Metaverse happens simultaneously. Diversity: can provide a variety of differences. Sexual content anywhere: You can enter the Metaverse anytime, anywhere. Economic system: You can use the financial system in the Metaverse to trade Civilization: You can build a virtual digital civilization through interaction between players.

The Metaverse can display virtual worlds through VR, AR, MR, etc., while interacting with wearable smart devices to provide a higher sense of immersion. By adopting 5G, Wifi6, and other communication means and cooperating with multiple platforms, users can enter the Metaverse anytime. Identity authentication, transactions, etc., through the private key of the blockchain, can enable users to integrate into the Metaverse. At the same time, the construction of civilization can also use the blockchain to create and decentralize community management, which can make the culture continue for a long time. Since most of the elements of the metaverse are stored in the blockchain, the data changes of one node will be transmitted to all nodes within a few seconds, thus ensuring the low latency of the metaverse.

For the entire metaverse, the most important thing is the ‘economic system’ because the concept of the metaverse requires social interaction and the flow of resources. Like the real world, there are economic systems in almost any game, such as a financial system in the web farm to steal vegetables and grow vegetables. Use gold coins to buy seeds, buy fertilizers, and sell them for gold coins. For example, in honor of the King’s mobile game, gold coins are used to purchase heroes in the store, and gold coins are obtained through battles. This is also an economic system. But in the metaverse concept, transactions can happen between players and the design and between players and players. Players can freely trade items, which means that the economic system of the metaverse needs a secure and stable medium of exchange. At the same time, it also requires identity and safe asset management. These are the advantages of blockchain.

Starcoin and the Metaverse

The development of blockchain technology can be said to start with Bitcoin, which is a decentralized transaction system. It uses Turing’s vague scripting language as a contract language to solve the problems of proving the ownership of funds and peer-to-peer transactions. In the following years, Vitalik Buterin was inspired by Bitcoin, launched the Ethereum project, and provided a Turing-complete scripting language on it so that users could build arbitrarily defined smart contracts. However, with the development of decentralized applications, more and more contract loopholes have also been discovered, such as the Poly Network project was hacked due to contract loopholes and transferred a large number of funds, and many projects also suffered losses due to contract loopholes. The Move contract language on Starcoin can Reduce development errors. At the same time, the “move transfer” feature of the Move language can also allow resources such as Token or NFT to be transferred between accounts using transfer, and there will be no additional issuance caused by forgetting to release the ontology after copying and sharing resources. The issue of Token or NFT being minted and issued can also be controlled in the Move language through the “minting ability” to ensure that only those who have the “minting ability” can additionally print, and others have no authority. Through the above features, Starcoin can be safely protected. Trading assets.

The full name of NFT is Non-Fungible Token. It has the characteristics of uniqueness, traceability, scarcity, liquidity, etc. These characteristics are very suitable for the needs of the Metaverse for asset direction and in line with the general laws in real life. The core concept of Starcoin is “resource-oriented programming.” Starcoin has a secure and composable NFT protocol, enabling developers to build any NFT products at a low cost. At the same time, NFT can be operated in batches, reducing operating costs. Starcoin’s standard NFT protocol is very flexible and can adapt to different NFT scenarios. If you want to learn more about Starcoin’s NFT content, you can learn more about it at the article’s end or by clicking the “NFT Protocol” link. By combining Starcoin’s standard NFT protocol and other protocols, various practical NFTs can be safely created. For example, NFTs issued in Starcoin can be used as membership cards, vouchers, etc. Art NFT collections can also be safely Collection; Starcoin’s StarMask plug-in wallet supports the preview of NFTs; you can easily view the NFTs you already own.

Starcoin supports the concept of layering. Starcoin mainly builds “Value Deposition” and “Value Empowerment” in the first layer of the network, which can be achieved through “PoW consensus,” “on-chain governance,” “status billing,” and “Move contract language” At the same time, for the concept of popularization and future Metaverse, Starcoin second-layer network hopes to unify solutions such as state channel, Rollup and side chain, shield technical details from ordinary users, and enjoy the advantages brought by blockchain conveniently and quickly. These properties make Starcoin suitable for the Metaverse and can continue to empower the Metaverse. At the same time, with the continuous improvement of the Metaverse, Starcoin’s on-chain governance can also flexibly make different proposals to upgrade and improve Starcoin and truly achieve a secure new generation of layered smart contracts 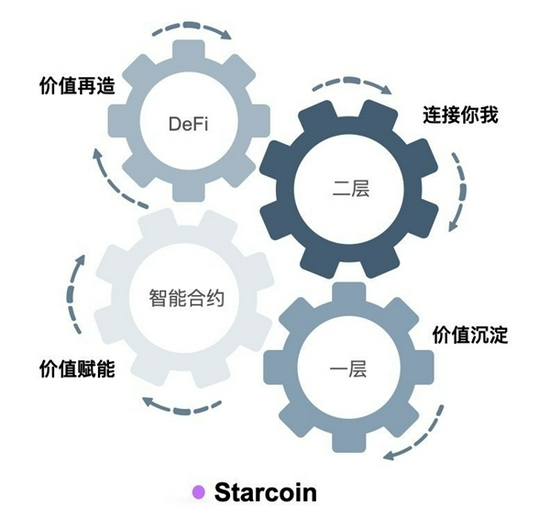