SignedUserTransaction is the basic concept of the Starcoin blockchain and is the entry point for users to interact with the chain. The user updates the ledger status on the chain by submitting the signed transaction through the client.

The signed transaction consists of two parts: Authenticator and RawUserTransaction, as shown in the figure: 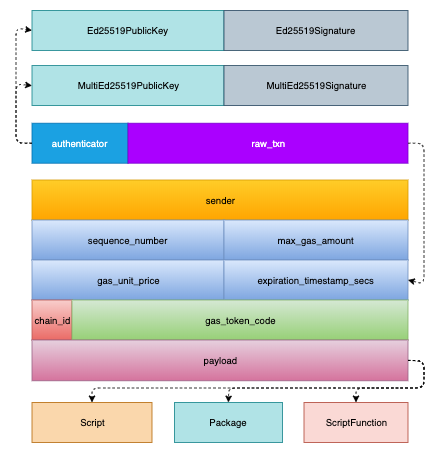 -SEQUENCE_NUMBER– Sequence number, 8 bytes, an unsigned integer, must be equal to the sequence number stored under the sender account

-ScriptFunction: A script function that calls a smart contract

The BlockHeader, the BlockHeader, represents the state of the chain after all transactions contained in the current block have been executed. BlockHeader is the core concept of the Starcoin blockchain and contains important data. 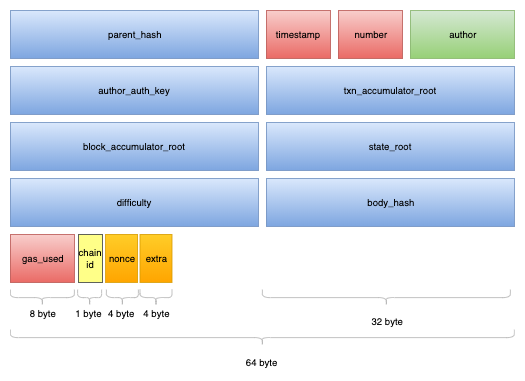 The meaning of each field in the figure is as follows:

-parent_hash– parent_hash (32 bytes) refers to the parent block hash, linking all blocks together

-number– Block height, 8 bytes, incremented by the height of the parent block

-gas_used– Total Gas consumed by all transactions in the current Block, 8 bytes

A Block contains an ordered set of transactions and the state of those transactions after they are executed in that order. Blocks are the core concept of the Starcoin blockchain, as shown in the figure: 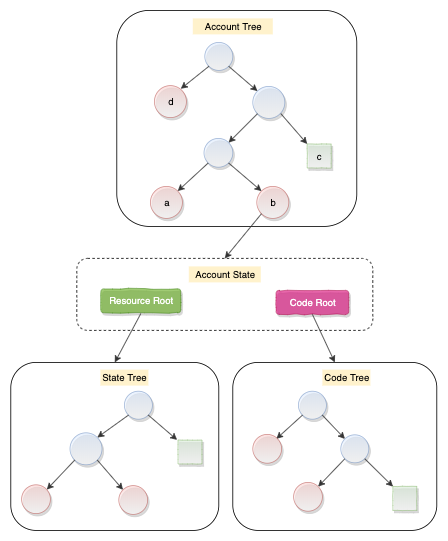 Since Starcoin accounts store both state data and code data, all states are stored through two layers of three sparse Merkle trees:

As shown in the figure, if you want to prove that the status of account B is valid, Proof is ACD. 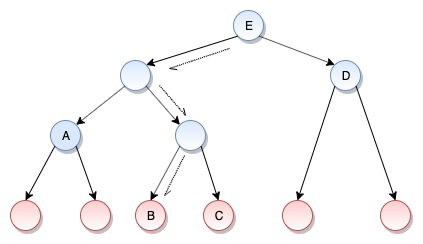